Chandrasekhar Yeleti is confident that ‘Check’, which will hit the screens on February 26, is going to be a sure-shot hit, unlike his recent movies. Starring Nithiin, Rakul Preet Singh and Priya Prakash Varrier, the film is a prison-based thriller.

In this interview, the acclaimed director talks about the idea behind the film, why it is unique and more.

Nithiin is a super-intelligent individual who is sentenced to the gallows. As he waits for his execution, he takes to the game of chess, prodded by a fellow prisoner (played by Sai Chand), in the hope that it could change the perception about him. He is a street-smart fellow who is extremely sharp-witted.

I don’t properly remember what triggered ‘Check’. The nascent idea was formed more than 15 years ago. It took years and years for it to become ‘Check’. I am most often inspired by the actual happenings in the real world. Fiction-writing doesn’t inspire me.

‘Check’ has got many highlights. I would say that right from the writing to how each and every department, including production design, have helped shape the film into a superb product.

About two-thirds of the film is indoors. The base is a fictional prison, where prison rules are different. Due to coronavirus, I had to limit outdoor shoots. That’s why most of the film had to be set up inside the sprawling jail. The reason I had to go in for a fictional prison is that I couldn’t find adequate information on the actual prisons. Cops were not ready to share details about prisoners facing the gallows. I didn’t want to commit errors out of ignorance. So, I changed the backdrop to a fictional jail.

I haven’t read books on prisoners. However, I interacted with prisoners.

Chess is integral to ‘Check’

The game of chess is a motif. There is a strong reason why Nithiin’s character sticks to it. That said, I haven’t shown it in a too intelligent manner. It is in such a way that everyone can understand.

That’s why no songs

There is only one song. I feel songs are besides the point when the story is edge-of-the-seat. 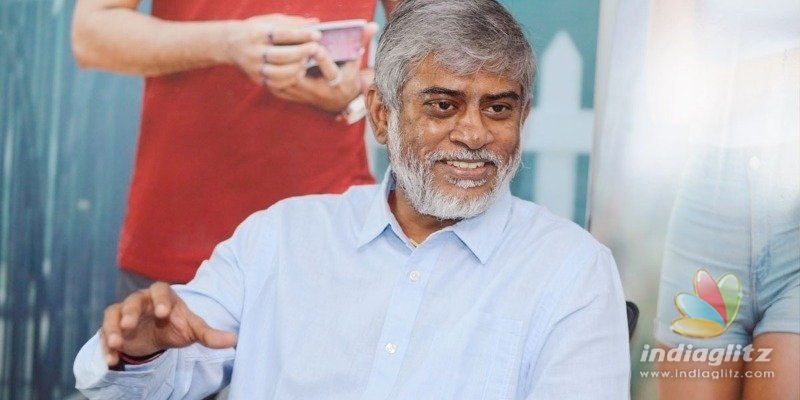 Rakul Preet Singh is a timid woman who becomes a courageous lawyer as the story progresses. She is not really sure about Nithiin’s innocence. As for Sampath Raj, he is the hero’s antagonist. Sai Chand, too, has an important role. Priya Prakash Varrier is a brilliant performer.

Be it the fights or Kalyani Malik’s background music, they are going to stand out. Each of them elevates the story.

I agree with the viewpoint that, with the exception of ‘Aithe’ and ‘Anukokunda Oka Roju’, my films haven’t managed to get much buzz in commercial terms. Most of the time, my films are appreciated after they come and go out of theatres. ‘Check’, I hope, will be different.

Coming to ‘Manamantha’, it might have become a hit had I made it with other elements, too.

I have signed up for a movie with Mythri Movie Makers. Details about its cast and crew will be divulged later.